When it comes to tax-advantaged investments for wealthy or sophisticated investors, one commodity continues to stand alone above all others: oil. With the U.S. government’s backing, domestic energy production has created a litany of tax incentives for both investors and small producers, and oil is no exception.

Several major tax benefits are available for oil and gas investors that are found nowhere else in the tax code. Below, we cover the benefits of tax-advantaged oil investments and how you can use them to fire up your portfolio. The main tax benefits of investing in oil include: 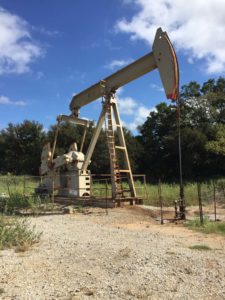 Intangible drilling costs include everything but the actual drilling equipment. Labor, chemicals, mud, grease, and other miscellaneous items necessary for drilling are considered intangible. These expenses generally constitute 65-80% of the total cost of drilling a well and are 100% deductible in the year incurred. For example, if it costs $300,000 to drill a well, and if it were determined that 75% of that cost would be considered intangible, the investor would receive a current deduction of $225,000. Furthermore, it doesn’t matter whether the well actually produces or even strikes oil. As long as it starts to operate by March 31 of the following year, the deductions will be allowed.

Tangible costs pertain to the actual direct cost of the drilling equipment. These expenses are also 100% deductible but must be depreciated over seven years. Therefore, in the example above, the remaining $75,000 could be written off according to a seven-year schedule.

The tax code specifies that a working interest (as opposed to a royalty interest) in an oil and gas well is not considered to be a passive activity. This means that all net losses are active income incurred in conjunction with well-head production and can be offset against other forms of income such as wages, interest and capital gains.

This is perhaps the most enticing tax break for small producers and investors. This incentive, which is commonly known as the “depletion allowance,” excludes from taxation 15% of all gross income from oil and gas wells. This special advantage is limited solely to small companies and investors. Any company that produces or refines more than 50,000 barrels of oil per day is ineligible. Entities that own more than 1,000 barrels of oil per day, or 6 million cubic feet of gas per day, are excluded as well.

These include the purchase of lease and mineral rights, lease operating costs and all administrative, legal, and accounting expenses. These expenses must be capitalized and deducted over the life of the lease via the depletion allowance.

All excess intangible drilling costs have been specifically exempted as a “preference item” on the alternative minimum tax (AMT) return. The AMT was established to ensure that taxpayers paid a minimum or their “fair share” of taxes by recalculating the income tax owed, adding back specific preferential tax deductions or items.

The list of tax breaks effectively illustrates how serious the U.S. government is about developing the domestic energy infrastructure. Perhaps most telling is the fact that there are no income or net worth limitations of any kind other than what is listed above (i.e., the small producer limit). Therefore, even the wealthiest investors could invest directly in oil and gas and receive all of the benefits listed above, as long as they limit their ownership to 1,000 barrels of oil per day. Virtually, no other investment category in America can compete with the smorgasbord of tax breaks that are available to the oil and gas industry.

Investment Options in Oil and Gas

Several different avenues are available for oil and gas investors. These can be broken down into four major categories: mutual funds, partnerships, royalty interests, and working interests. Each has a different risk level and separate rules for taxation.

Several forms of partnerships can be used for oil and gas investments. Limited partnerships are the most common, as they limit the liability of the entire producing project to the amount of the partner’s investment. These are sold as securities and must be registered with the Securities and Exchange Commission (SEC). The tax incentives listed above are available on a pass-through basis. The partner will receive a Form K-1 each year detailing his or her share of the revenue and expenses.

Royalties are the compensation received by those who own the land where oil and gas wells are drilled. Royalty income comes “off the top” of the gross revenue generated from the wells. Landowners typically receive anywhere from 12% to 20% of the gross production–obviously, owning land that contains oil and gas reserves can be extremely profitable.

Furthermore, landowners assume no liability of any kind relating to the leases or wells. However, landowners also are not eligible for any of the tax benefits enjoyed by those who own working or partnership interests. All royalty income is reportable on Schedule E of Form 1040.

All income received in this form is reportable on Schedule C of the 1040. Although it is considered self-employment income and is subject to self-employment tax, most investors who participate in this capacity already have incomes that exceed the taxable wage base for Social Security.

Working interests are not considered to be securities and therefore require no license to sell. This type of arrangement is similar to a general partnership in that each participant has unlimited liability. Working interests can quite often be bought and sold by a gentleman’s agreement.

For example, if a project is producing 10 barrels of oil per day and the going market rate is $35,000 per barrel–this number varies constantly due to several factors–then the wholesale cost of the project will be $350,000.

Now assume that the price of oil is $60 a barrel, severance taxes are 7.5% and the net revenue interest–the working interest percentage received after royalties have been paid–is 80%. The wells are currently pumping out 10 barrels of oil per day, which comes to $600 per day of gross production. Multiply this by 30 days–the number usually used to compute monthly production–and the project is posting gross revenue of $18,000 per month. Then, to compute net revenue, we subtract 20% of $18,000, which brings us to $14,400.

Then the severance tax is paid, which will be 7.5% of $14,400 (Note: Landowners must pay this tax on their royalty income as well). This brings the net revenue to about $13,320 per month or about $159,840 per year. But all operating expenses plus any additional drilling costs must be paid out of this income as well. As a result, the project owner may only receive $125,000 in income from the project per year, assuming no new wells are drilled. Of course, if new wells are drilled, they will provide a substantial tax deduction plus additional production for the project.

From a tax perspective, oil and gas investments have never looked better. Of course, they are not suitable for everyone, as drilling for oil and gas can be a risky proposition. Therefore, the SEC requires that investors for many oil and gas partnerships be accredited, which means that they meet certain income and net worth requirements. But for those who qualify, participation in an independent oil and gas project can provide strong returns on a tax-advantaged basis.